Adrian Newey’s interpretation of the new Formula 1 rules will have a powerful impact on his competitor peers’ nagging sense of inferiority, writes our neurosis correspondent, Daz Whitener.

Just hours before the unveiling of Red Bull’s latest car – the RB8 – speculation was rife that the balding 53 year old’s newest creation would contain subtle yet groundbreaking innovations immediately showing up his rivals as the 2nd rate has-been aerodynamic ignoramuses they undoubtedly are.

“Ever since the new rules were published I’ve spent 14 hours a sodding day at the factory poring over aerodynamic data, computer models and simulations of such bewildering complexity they exist at the very edge of 21st Century human comprehension,” one designer at another team told us. 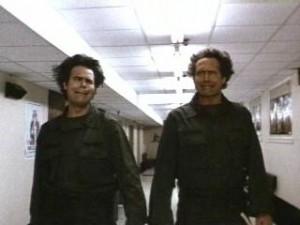 “If the termination of my marriage by a Carphone Warehouse salesman, complete anonymity to my children and the now permanent wind tunnel sculpted side parting on my head is to mean anything it’s that that disco potion funded bastard still hasn’t found half a dozen things I’ve missed.”

“I swear to God: if it has just one unorthodox front wing endplate I will personally set fire to our wind turbine,” he added.

Red Bull boss Christian Horner has in the meantime praised his team’s level of preparation and productivity during the 2011 off-season, promising to heap yet more misery on the viewing public as if it didn’t have enough already what with a recession and having to pay 400 fucking quid a year for the thing everyone was apparently perfectly happy people could get for nothing up till now.

“…just fucking one ingenious packaging of the rear exhaust assembly,” the designer continued, “I promise…I will blow up the whole of fucking Milton Keynes,” he yelled from the car he’s been sleeping in since October.