Top wheelchair-bound 70’s TV detective, Ironside is to advise Frank Williams on how to solve fiendishly perplexing problems whilst lacking the use of his legs.

The hit NBC show’s titular character has been seconded into the floundering F1 team’s payroll despite no new episodes being made since January 1976 and Raymond Burr, the principal actor playing the role, dropping dead in 1993.

“This is a great opportunity to be part of this legendary outfit as it claws its way back to the front of the grid,” the jogging-challenged fictional crime fighter told reporters. 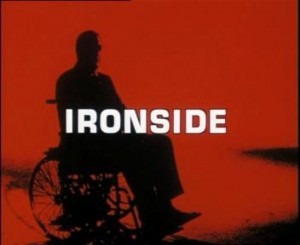 “Ever since my initial commissioning in September 1967 I’ve been lucky enough to have gained a huge amount of experience with the San Francisco Police Department using my powerful skills of intuition to solve hundreds of devilishly difficult, nefarious crimes.”

“I’m looking forward to working with the team and in particular, Frank to demonstrate how to get the most out of your brain despite not being able to go upstairs or play football,” the deceased actor added.

The hiring of the crippled cop is the latest in a line of Williams appointments only a gullible fool would suggest were marketing-led puff pieces desperate to keep a now penniless Grand Prix team in the news for another 5 seconds to try and drum up enough cash to keep the factory vending machine running another couple of months.

“Michael Johnson advising on tyre changes and Alex Wurz explaining to the drivers when to steer and brake may seem preposterous and depressing gimmicks employed by what appears to be an increasingly brassic, clueless organisation,” journalist Pep Gymslips told us.

“But you should have seen what they were going to get Kevin Costner and One Direction in to do: that would have made these appointments look like the greatest tactical brainwave since the fucking Trojan Horse.”

Frank Williams himself was said to be very much looking forward to working with the king of enforced sitting down detective work because somebody from the PR office typed that sentiment into a word processor before emailing it to a load of bored journalists to cut and paste into a news feed.

First dibs on all that incomprehensible German shit Seb has, insists Webber