Vitaly Petrov ’s future replacement is to be fashioned from pure 24 carat gold, his Caterham team have announced.

The 27 year old Russian driver recently joined the ex Team-Lotus team from the Lotus team, displacing veteran Italian Jarno Trulli and in the process bringing accusations that the cash-strapped Norfolk chancers were cash-strapped.  Like a bitch.

And the Tony Fernandes bankrolled Tony Fernandes billboard did nothing to dispel such notions by announcing the Russian’s future replacement would themselves be honed entirely from the earth’s most precious metal. 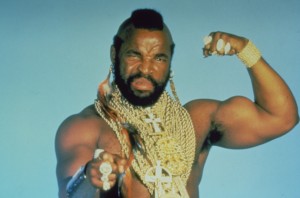 That lot will get you to about Monaco, sir

“The only thing more important to this team than its finances are my finances,” Fernandes told a gathering of journalists.

“And since my accountant keeps reminding me these are essentially the same thing, I have a responsibility towards both to ensure [the team’s] survival in the current testing economic environment.”

“I am therefore insisting that when Vitaly’s contract is up or his bank account is exhausted – whichever comes first – regardless of latent talent and ability, it’s absolutely imperative that the intrinsic value of the replacement asset is worth at least the same as Vitaly.”

The Russian’s sponsorship deal with oil firm Sibur is thought to be worth shit loads of money, helping to eject incumbent veteran Jarno Trulli who himself only had backing from Italian cashback site, Toppo Cashbackelli and pasta manufacturers, Sainsburys Basics.

“It doesn’t even have to be gold, necessarily,” the world’s most famous Asian entrepreneur hat wearer continued.

“Emeralds, sapphires, that weird metal Zirconium or whatever it’s called – even Truffles: just as long as we can sell it later to keep the other advertising banner circulating.  That’s the main thing.”

Petrov’s team mate, Heikki Kovalainen was said to be scouring his house for every last valuable heirloom to try and supplement his main income of flogging all his Formula Renault trophies on Ebay.