The FIA’s banning of reactive ride systems has greatly relieved the Lotus team who were beginning to wonder if they were ever going to figure out how the ruddy thing worked.

Announcing the ban last Friday, the governing body explained that its hand-picked team of rule-flaunt checkers had acted once it became clear the thing that was designed to deliberately flaunt the rules turned out to be flaunting the rules.

“Following the careful perusal of plans submitted to us a year ago by the team in question [Lotus] describing exactly how they were going to cheat, the FIA has come to the conclusion that this is cheating,” king of the cheat-catchers, Charlie Whiting explained. 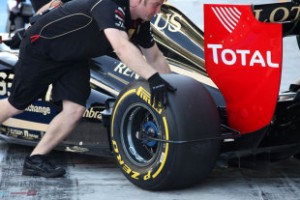 Removing handbrake expertise right up there, though

“We would like to apologise for the delay in this adjudication but once it became clear another team were also developing the technology a careful assessment had to be made whether this development was a valid, clever innovation of the existing rulebook, given the investment of both parties.”

“Once it was discovered Ferrari didn’t know how it worked either however, we immediately came to the unanimous conclusion this was obviously a cynical, wasteful interpretation of explicit, unambiguous regulations concerning aerodynamics and suspension and that.”

Despite the last second ban wasting potentially hundreds of hours of valuable Angry Birds practice, Lotus engineers were privately sanguine about the move.

“It’s true we’ve spent a lot of time on this,” engineer, Mickey Spanners told us.

“But frankly, I haven’t got a clue how the bastard works.  And neither does our designer.”

“We’d only have been shitting ourselves we were putting it on upside down for the first test.  Now at least if we’re slow we won’t be tying ourselves in knots trying to explain this suspension stuff.”

“We’ll almost certainly be slow for all the usual reasons which we’re much more comfortable with,” he admitted.