Kamui Kobayashi can only surprise the fuck out of the opposition once without penalty in 2012, the FIA have confirmed.

The Japanese stereotype Grand Prix driver was informed of the new regulation along with the rest of the grid following the FIA’s clarification of rules designed to keep all 22 drivers out of hospital this season.

“I’ve spoken to Kamui-san and though he is obviously disappointed one of the key weapons in his armoury is to be blunted, appreciates that this is at least the same for everyone,” team boss, Peter Sauber said. 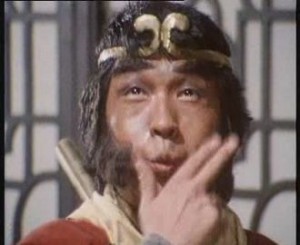 Which direction to suddenly veer now harder to figure out

“Rest assured that Kamui will nonetheless be working flat out in 2012 to maximise this one chance of scaring the shit out of his fellow competitors.”

“At this time we see no reason to scale back on our reinforced chassis investment nor trash any of the “Koba-Bashi!” merchandise we have in the warehouse trading on his happy-go-lucky malevolent destructive tactics.”

The FIA issued the clarification of the ‘one move’ rule after it became clear some drivers were still weaving all over the road because they believed the instruction meant, ‘one move at a time.’

“At first we thought, you know: they’re racing drivers, maybe they’re a bit deaf or something?” FIA Head of Coming up With Rules and Stuff, Keith Literature said.

“Then we realised: no, they’re not deaf, just racing drivers.  That’s when we decided to reiterate the instruction in bright red font, 100 feet tall and projected onto a spinning 3D image of Jean Todt’s arse.”

It’s thought that Michael Schumacher needs it engraved on a fucking bullet, loaded into a gun and pointed at his children before he gets the message.