The perma-stubbled Vettel punch-bag picked up his first win of a monumentally embarrassing 2011 season following an apparent gearbox gremlin manifesting itself in the sister car.

But deranged stay-at-home F1 obsessives and journalists devoid of copy suspected the mechanical glitch was actually the product of a Red Bull team keen to end the 35 year old’s season on a tainted, valueless high. 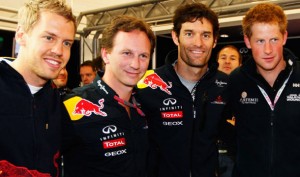 Yet it wasn’t long before the Red Bull gearbox conspiracy theory – Bullshitgate – was itself condemned as a conspiracy put about by conspiracy theorists trying to convince the world the team gave that much of a toss about the Australian.

A third group then claimed that claiming the gearbox gremlin was a manipulation of the result for or against the Australian were also conspiracies though by this point had missed who was actually to blame and instead took to discussing The X Factor, aware that the word ‘Conspiracy’ already amounted to nearly 10% of their 140 character paranoia limit and anyway, was hard to spell.

“It’s pretty obvious that Seb definitely didn’t have any issues with his gearbox at all and Red Bull were clearly manipulating the result, denying the fans a proper race,” paddock pundit, Ronaldo told us.

“On the other hand, it’s also clear that Seb did have a gearbox malfunction and that’s why he had to slow down and people should stop thinking it would benefit Red Bull for them to lie about it,” he added.

“Look: I’ve got nothing to write about for the next 3 months so I might as well go with both angles – that’s 2 commissions of 1,000 words right there for a start.”

It’s thought that this sort of thing will get endlessly recycled for maximum melodramatic effect next year as part of Sky television’s attempt to turn everything you love into a tawdry, mean-spirited backstabbing shitfest of ugly vendettas, cheating and cynical gerrymandered event manipulation to keep their golden cash registers of piss chiming their Armageddon peels till the end of fucking time.