The Priory: Sam Michael has been admitted to a clinic for psychological counseling following a temporary breakdown in Abu Dhabi, writes our trauma correspondent, Erika Boss-Chops.

The collapse shortly after the Middle East event was thought to have been brought on by buoyant celebrations in his new employer’s garage confusing the shit out of the ex-Williams Technical Director.

“We can confirm a 40-year-old, senior technical member of our team was taken ill following the conclusion of the 2011 Abu Dhabi Grand Prix,” a Mclaren press statement announced. 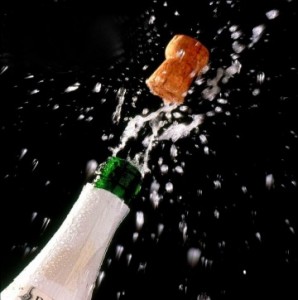 “He has now been released following tests and sent home to recover with his family away from possible future triggers such as pent-up frothing beverages, the national anthem, boisterousness, abstract metallic victory icons, television crews and non-standard team uniform.”

Previously responsible for the wholesale destruction of the Williams team’s technical infrastructure, the Australian has spent the last 6 years gradually forgetting what it was like to achieve anything of note and is thought to have become upset at the atmosphere of glee he was thrust into in the aftermath of Lewis Hamilton’s 55 lap victory.

“Unfamiliar environments can often feel threatening to individuals; especially those made vulnerable through years of abuse and degradation,” psychologist Posie Snatchbatter told us.

“So it’s hardly surprising Sam would go gaga at the popping of a champagne cork given what he’s been through.”

The lecturer in Wacko Studies at the University of Aberystwyth went on to describe how the engineer’s rehabilitation might take place.

“They would have to recreate a less threatening, more familiar ambience,” she explained.

“Surrounding him with tattooed, oily men with haunted looks of despair in their eyes might help.”

“Alternatively, they could even reference his past more explicitly by bringing in a thick-set scowling middle-aged bricklayer to stare angrily at a monitor for hours whilst an increasingly confused looking man in a wheelchair is busily being ignored in the background.”

The only certainty is that the trip to Brazil will be hard for the Woking team’s newest recruit.

“They can’t ship him over on the private jet, he’d probably suffer a relapse,” Posie continued.

“I’d recommend easing him back gradually: say, driving him the whole way in an old transit with a dodgy gearbox then having him perform non-critical functions only such as calculating an HRT’s race pace, making the team’s fish paste sandwiches and dealing with carefully choreographed phone calls from actors pretending to break his legs if his team don’t pay for this consignment of fuel in the next 30 days,” she added.

Hamilton interested in all this Germans being Nazis stuff