Crossing the finish line to record his first victory since Germany in July, the 26 year old from Stevenage dedicated the win to the woman who in the past brought him up and at that point was swanning around the paddock downing pink gins in between games of Crib and talking about how all this sand kept getting in her food.

But despite the 55 year old’s apparent preference for scratchcards and Royal Wedding china and glass sets, the 2008 World Champion’s younger brother fears a precedent has now been set for the rest of his parental present buying life. 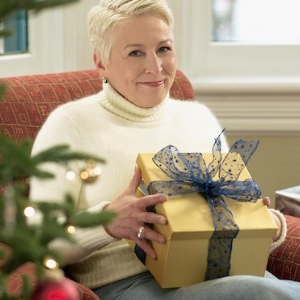 “We don’t share the same mum, but Lewis has made things very difficult for me now,” Nic told reporters.

“Last year I got my mum an i-Pod which I thought was pretty good.”

“This year I was going to get her a balloon ride which might not sound much but she loves balloons and it’s not cheap, I can tell you; but Lewis has just made that look like I’ve put a ribbon on one of my turds and put it in the post.”

His third victory of the 2011 campaign puts Lewis 15th in the all-time winners list, ahead of Stirling Moss but behind Kimi Raikkonen whilst the Birthday present is officially the 3rd best of all time behind Lance Armstrong’s 6th Tour de France victory, dedicated to his 85 year old grandmother, Gladys but some way off the tiny metal cathedral bounced off Silvio Berlusconi’s face, a disgruntled Italian bequeathed the world in 2009.

“Whatever I do now, she’s always going to look at Lewis,” Nic concluded despondently.

“Basically, I’m going to have to forget about a Renault Clio class victory from Thruxton followed by 2 for 1 at Zizzi’s being good enough, ever again.”

It’s thought that Lewis, appreciating the gravity of his actions has commissioned the building of a massive Bingo hall in his back garden and is currently looking closely at lavender farm investment in the Far East.

Future Grand Prix to be imaginary