Speaking after the announcement of his team-mate’s new contract, the younger of the 2 Englishmen commented that at no point during the hundreds of times he’d played GTA Woking Warriors did the Head and Shoulders model last beyond the first half hour.

At best, the 2009 World Champion made it as far as the equivalent of level 2 but usually he’d been gunned down by a jealous pimp or run over by a JCB driven by an enraged ex-Mclaren employee on crack well before that. 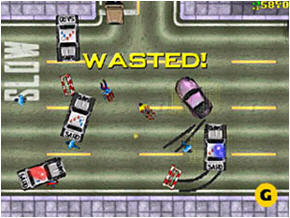 Usually, Jenson doesn’t even get out of Q1, claims Lewis

He’d certainly never made it to the end of the game; picking up a fat fucking pay check, getting the girl, the plaudits and a general air of karmic well-being the smug bastard now seems to have permanently frigging adopted, Hamilton muttered under his breath.

“But this has been made worse by his relative immaturity: Lewis is still at an age where much of his understanding of the world will be acquired via throaway media such as video games, Twitter and TV shows like the X Factor, Newsround and Top Cat.”

“He has clearly found that expectations set in such heavily mediated, sugar-coated, superficial environments do not match the harsh reality of life as an unbelievably wealthy young man dating a pneumatic pop star doing a job half the planet would kill for,” he analysed.

“Such a contrast is likely to cause much conflict in the young man’s mind and could easily lead to atypical, imperfect decision-making: such as the errors in Belgium and Singapore and failing to get past the end of level guardian on Super Mario Galaxy.”

Jenson meanwhile, was thought to be grinning his lop-sided grin whilst man-handling a mighty stalk at all the cash sloshing around his fireproof overalls.

Wimbledon expecting Hamilton to be dressed as Huggy Bear