Munchen Bunchen: The Mercedes team have admitted they are dangerously close to running out of alternative ways of saying they’re not good enough, writes our positive spin correspondent, Dead or Alive.

Fresh from the pyrrhic first 45 seconds of the Belgian Grand Prix, rapidly aging German gay pin-up, Nico Rosberg admitted his team’s PR department were running out of scripts he could memorise explaining what he was doing back here.

“At the beginning of the year we had the line that it was disappointing but more time and resources would see us near the front soon,” the increasingly desperate looking German commented. 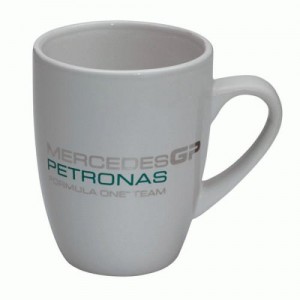 Hopefully the audience are all one of these, think Merc GP marketing types

“Then once we got to Spain and it was clear the car was toilet we adapted it to say there were improvements in the pipeline that would make us more respectable,” the 26 year old’s voice audibly cracked.

“But now it’s clear the package is absolute bobbins and frankly, only a crusher or hiring Lewis to test drive it could improve things we’ve long since passed the point where saying it’s just a pile of shit is the only feasible option,” the once pretty German’s face ejected prior to crumpling into hot, sobbing tears.

“We are in a very positive frame of mind still,” Norbert Haug added.

“Are we?  Actually, fuck it: personally I gave up in July.  Look, just buy our cars alright?  The pace car looks good: why not dribble over that for a bit?  It’s led more frigging laps than this silvery sack of shit for a start.”