Purgatory: Felipe Massa is now relying on God to come up with some sort of passable result during the rest of the 2011 season, writes our omnipotent correspondent, Stig Matter.

The Brazilian Ferrari driver revealed his Almighty crutch upon arrival at the cathedral of motor sport Monza, for this weekend’s Italian Grand Prix.

“This season has been slightly disappointing,” the baby-faced 2008 runner-up suggested, somehow straight-faced.

“However, recent detailed analysis by the team has come to the conclusion that inclement atmospheric conditions are the main reason behind my wretched expression appearing before the cameras every Sunday afternoon to explain away the latest series of cock-ups.” 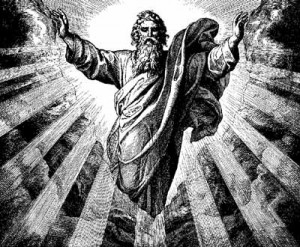 Actually, I’m a bit of a closet Red Bull fan to be honest

“So with this in mind we have decided to put all our eggs in the ecclesiastical basket till the end of the year in an attempt to influence Our Lord’s recent predilection for floods over sunshine and warm fronts.”

“Relying on Our Lord Jesus Christ to turn around a sporting season is always a risky strategy,” top God botherer, the Archbishop of Canterbury commented.

“Not only are you sending mixed messages to your own earthly employees regarding their abilities which can undermine morale but you’re also gambling on the Almighty being an F1 fan when – in his eternal mystery – he could be more into basketball for instance, or hockey.”

“Omnipotent or not: if God isn’t interested in a bunch of cars going round a track every Sunday, no amount of genuflecting, religiously following the tenets of the Good Book or burning witches is likely to see him change his mind about increasing the ambient temperature every now and then,” he added behind his big stupid beard.

Massa was nonetheless adamant that deity demanding was the way to go.

“Inevitably there will be a couple of teething issues but once we’ve bedded down our confessional strategy and honed our hymn singing I’m sure we can get the sort of result only Beelzebub would be reluctant to get behind,” he said.

“At any rate it makes the fact I’ve been praying for something better than this shit for the last 2 years look less like the early signs of mental illness it probably is.”