And whilst the relief of F1 teams finally returning to the circuit is palpable, it’s not half as palpable as the relief to millions of often severely abused scrotal sacks.

For if work carried out by Professor Hans Cocsix of the Institute for Sexual Frustration is anything to go by, the world’s metal merry-go-round circuit circus has come back just in the nick of time. 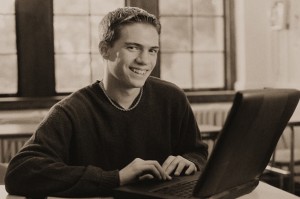 The Professor started, “according to these scientific figures I’ve just generated on Fruit Ninja,if the break had lasted just one more week we would have run the risk a whole generation of slightly spoddy teenage boys would be consigned to the genetic dustbin of history.”

“There’s only so many weeks the average F1-obsessed teenager can cope without their favourite sport before the amount of substitute gentleman’s relaxation they’ve indulged in effectively strangles the production of future spoff that could impregnate women sufficiently hideous or lacking in social skills to let them to do that,” the professor analysed.

F1 boss Bernie Ecclestone commented, “this is precisely why we should have a 50 race calendar every year with a 2 day race off at the end, regardless of the result up to that point.”

“Have you seen how much the it costs to attend a race?  I can’t sell them to normal people you know,” he added.