Williams Chairman Adam Parr has told F1 fans to stop popularising the sport because they’re making it too expensive for everyone.

The 46 year old began talking shit straight after the announcement of the new British F1 broadcasting deal and doesn’t look like stopping any time soon.

“It’s such a shame this had to happen,” Parr told journalists without sounding like he thought it was particularly. 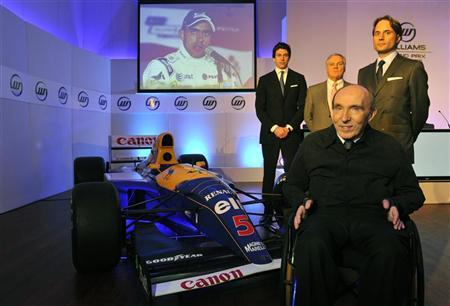 “But we’ve been banging on about this for years and the fans never listen.”

“They just keep on tuning into live coverage in increasing numbers; posting on blogs, subscribing to Autosport and tweeting their inane team allegiances to whoever’s desperate enough to follow them.”

“Fucking hell!” he exclaimed, “we’re completely shit yet somehow have 150,000 friends on Facebook: and we’re not supposed to tap them up for displaying that sort of lunacy?”

“We’re greedy, but we’re not mental,” he concluded.

Experts in the business of exploiting idiots for money were quick to agree with the man currently in charge of digging the formerly successful Oxfordshire team’s grave.

Does anyone know which Murdoch I have to deliver this to?

“Or at least, I think it is: I’ve got a graph somewhere that proves it – or was that the banking crisis?” he added.

Parr was unrepentant, however; “because of all these profligate idiots I have to pay 450 quid a year to hang a satellite dish on the side of my house.”

“It’s a 500 year old sodding Tudor mansion: I’ll have to get planning permission and the council will still probably fine me” he added.

“I agree with Adam,” one fan commented, “then again, I agree with everything Williams do having bought every available piece of merchandise they’ve produced over the last 20 years. Which is why I’m doubly disappointed I now can’t afford to watch them any more.”

Bernie Ecclestone was thought to be cackling manically somewhere, warming his hands on an oven stoked with thousands of £10 notes snatched from the dying hands of the world’s poorest children.

Hamilton off tits on Tangfastics