The now American-based comedian, progenitor of the similarly 1-dimensional success stories Borat and Bruno, positively barfed his blinis onto the linoleum when Hamilton namechecked the nearly long-forgotten comic creation as an excuse for his constant trips to race stewards, at the Monaco Grand Prix.

“Mr Cohen is saddened and disappointed that a much-loved creation should be dragged through the mud thanks to the crass misjudgement of Mr Hamilton,” this bastard lawyer gurgled menacingly at reporters.

“Is it because I is a massive twat?”

“My client is therefore seeking suitable damages against the aforementioned for the ensuing embarrassment caused to a still lucrative brand,” he continued before disappearing in a cloud of noxious smelling, fetid smoke.

Lewis made his comments at the end of a dramatic race around the Principality in which the Mclaren driver sought to improve his uncharacteristically lowly position by diving for trademark Lewis impossible gaps which subsequently ended in trademark Lewis inevitable collisions.

“Lewis’, “is it because I is black?” is an interesting meta-textual response to an emotionally loaded, question,” social trends lecturer, Professor Dylan Egghead commented. 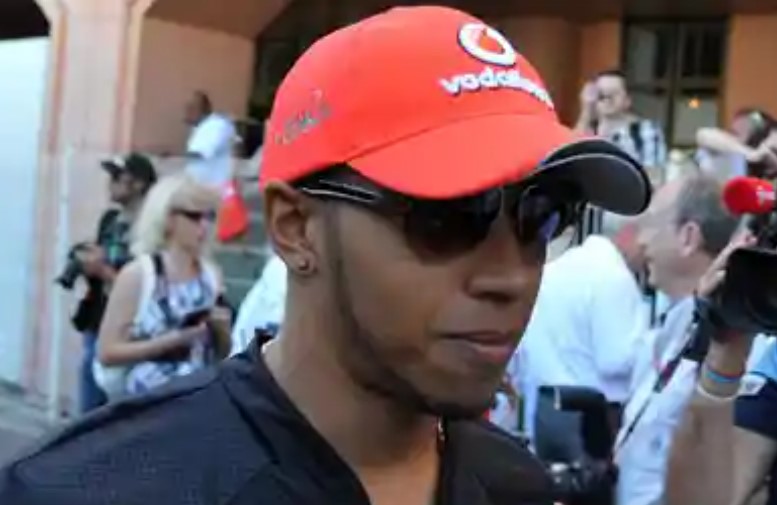 “Has anyone else noticed my sunglasses get bigger the more I bullshit?”

“On the one hand it’s total arse-wash whilst on the other it’s a laughably dim interpretation of a decade old comedy character fuelled by an alarming persecution complex.”

“Basically, either he’s thick or he’s thick and hasn’t watched television since about 2001,” he concluded.

“Does my bum look big in this Nomex balaclava?”, Lewis later commented in an attempt to assuage embarrassment prior to doing the David Brent dance from The Office to a deafening, embarrassed silence.