Hartgecochtesei: Planet Earth got the shock of its 6 billion year existence last night when it was revealed a German athlete consumed alcohol in his spare time, writes our two ton Teuton correspondent, Nellie the Elephant.

In the evening following the Chinese Grand Prix, witnesses report seeing the Force India driver, Adrian Sutil consuming up to two flaming mojitos and half a Kaliber as he cavorted in a shameless display of Bacchanalian abandon.

“I couldn’t believe my eyes,” one attendee at the M1NT nightclub who declined to be named as Lewis Hamilton, said. 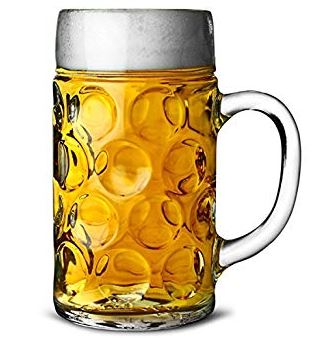 “One minute he [Sutil] was stood in front of me, sober as a Gerichtsrichter, the next he was ever so slightly less coherent having downed over a sip of his somewhat effeminate coktail.”

“I can understand why a single man without children could throw caution to the wind and risk his whole career on such a foolish venture,” he continued.

“But the guy was born in Stamberg – he’s got a German passport for Christ’s sake! He can’t just think about himself: he has to remember the other 80 million fellow countrymen who look to him as a symbol of pitliless Teutonic sporting efficiency,” he added.

The behaviour shocked bored, seasoned commentators who argued the actions reflected badly on the 28 year old’s relative age and experience.

“I just need some time to myself right now”

“Adrian has let himself down, his team down but – most of all – a 50 year stereotype of the German nation that it is simply a relentlessly efficient, humourless, mechanical society driven maniacally to a greater goal by an unbending will to work,” social commentator Otto Scheissekopf commented.

“It could spell the end of his career, his fellow countrymen’s respect and – ultimately – break the back of endless recycled out-of-date jokes relying on the tedious prejudice Germans are all just soulless Nazis,” he added.

Sutil was unavailable for comment as he was busy practising in front of his lawyer how to accidentally glass somebody from throwing a drink over them whilst making it look like what he was trying to do wasn’t the other way round.