Madrid fascist HQ: Prejudiced Spanish half-wits have been congratulating themselves for the more sophisticated bigotry methods employed before and during the final 2008 Grand Prix at Sao Paulo compared to their Brazilian counterparts.

Nearly 2 weeks before the championship showdown, an assortment of Iberian chauvinists succeeded in setting up a website upon which fellow Spanish-speaking xenophobes could post messages pointing out Lewis Hamilton’s skin colour in abusive and occasionally legible fashion.

Despite having almost no skills other than the ability to apply boot polish to their faces whilst misunderstanding human DNA, the website proved a great success racking up several hundred posts from olive-skinned white supremacists hostile to a coffee-hued man driving a car. 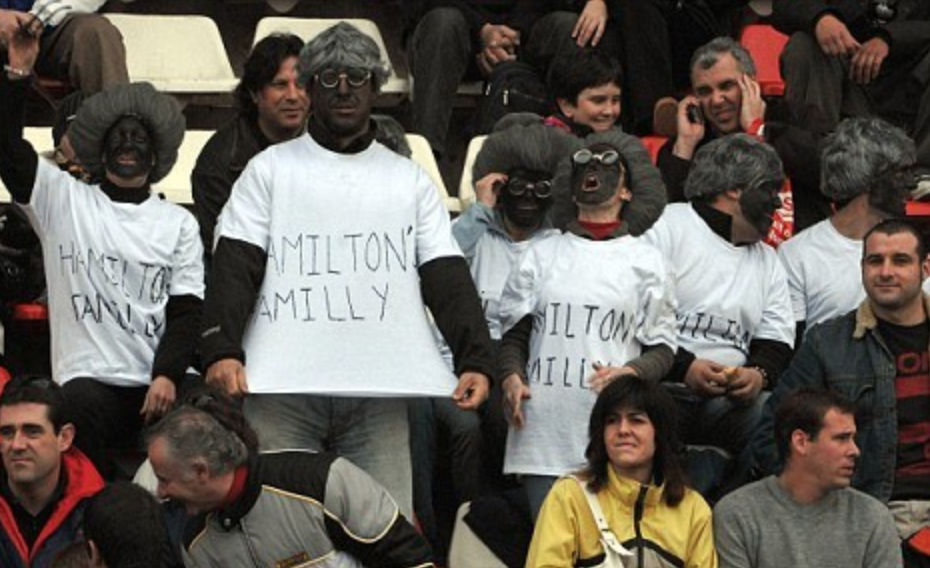 This contrasted strongly with efforts by Brazilian bigots who – incapable of even basic HTML programming skills – had to be bussed to the physical location of their incoherent racial rage whereupon they communicated their displeasure through the mediums of gesticulation, shouting and hand written bed sheets written in their own shit.

“It was hilarious”, one blogger FrancoBlanco posted, “did you see those idiot Brazilians? They had to go to Brazil to tell Lewis he was a black shit: but – apart from when the electricity was cut off – I could do it in my own home, once my 2 stepbrothers, 3 sisters and half-sister from my father’s 2nd marriage had finished on the computer. They are really backward!” we worked out once we’d removed all the spelling and grammatical mistakes.

Bernie Ecclestone however strove to calm down the transatlantic race rumpus, “it wasn’t racist”, he said, “though there’s nothing wrong with it if it was which it wasn’t. We should all just get along with each other and admire what Lewis has done: South Americans, Deigos, Picanninies: everyone”, he added warm-heartedly.